Free Picture of the Day 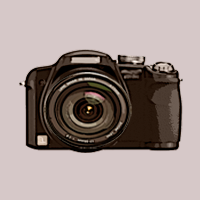 Found in: Photo
Ever seen a really cool picture and wondered where it was taken and what it was about, and want to see more?
Well now each day you can receive a fantastic new â€œPicture of the dayâ€ taken from all around the world of different places, people and cultures.
Features:
-A â€˜Live Tileâ€™ sneak peek of the picture and toast notification message will be sent to you each morning.
- Photoâ€™s location and map visualization (most pictures).
- Zoom, scroll and explore the high resolution pictures.
- Save the pictures to your phone to show as a wall paper.
- Localized translations for many languages.

Photo Roulette
INSTALL APP
click the 3 dots and then "pin to start" to bookmark !